Bitwayeko lived in Nakivale with his wife and one son, who was called Munyabibazo.

One day Bitwayeko told his son, “My son, other children are about to complete their studies, but you don’t want to go back and study.”  And  Munyabibazo replied,  “Father, your age mates are all dead. Why are you still alive?”

When the father told his wife how their son had spoken to him in such a bad way, she said, “We must take our son back to school.”  So they talked to their son and he agreed and went back to school.

But Munyabibazo had become used to taking alcohol, so when he reached school he didn’t manage well.  Instead of working at his studies, he drank alcohol and joined bad groups. After a while he left school and home to spend more time with his bad friends. It was not long before he started starving, feeling always hungry, and looking  pale.  He started stealing so that he could eat and was beaten by the shopkeepers when they caught him. He had nowhere to sleep but on the streets.

Finally, Munyabibazo realized what a bad life he was living.  He saw how much he had disrespected his parents and felt sorry for what he had done.  He decided to go back home and ask for forgiveness. His parents forgave him and told him it is never too late to go back to school.

So he went back to school and this time got very serious with his books, because he wanted to leave the bad life behind him and have a good life and never be hungry or beaten again. 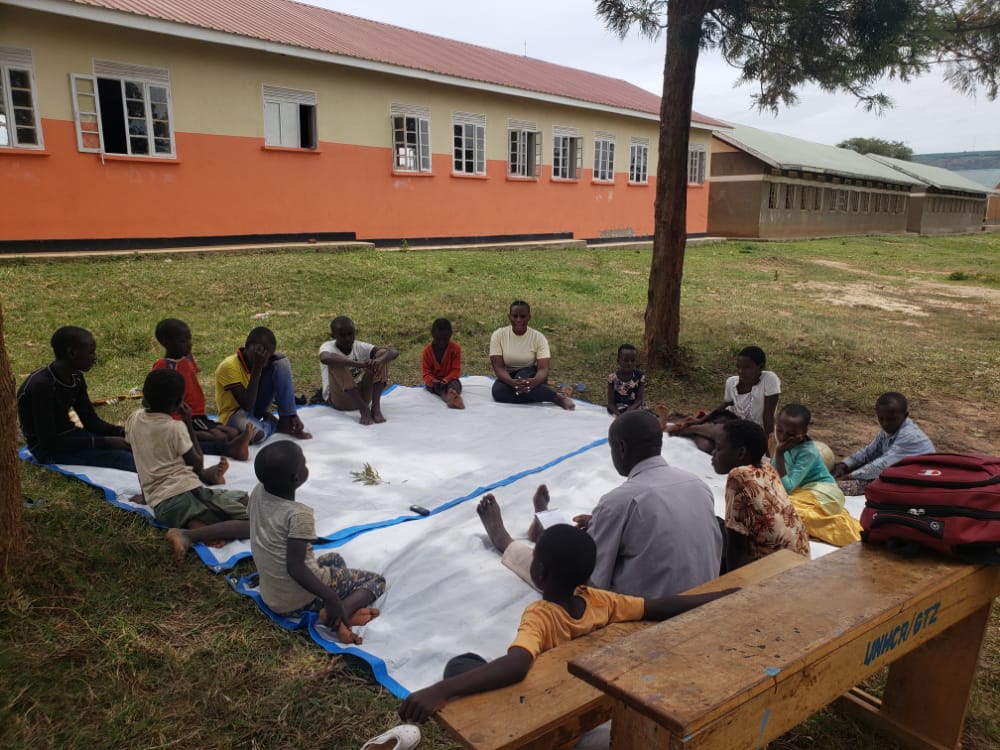 LESSONS SHARED BY THE CHILDREN