THE LITTLE GIRL IN THE FOREST 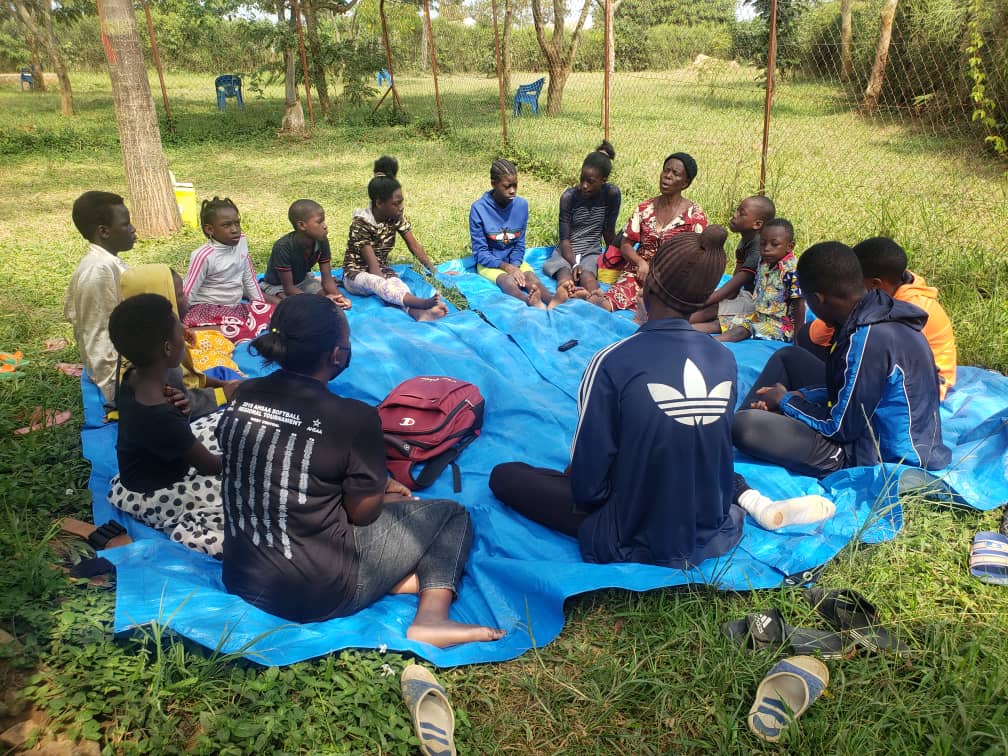 In the certain village there was a woman who had two children. The father of the children had died some while back when a famine started.  Having nothing to eat, the widow decided to move her family through the forest to a neighboring village.

When they reached the middle of the forest her daughter, who was old enough to walk by herself, saw fruits on a mango tree. She ran and climbed the tree and began to eat the fruit greedily.  Her mother called up to her, asking for mangoes for herself and the younger child, but the little girl refused.

The mother scolded her and said, “I’m leaving.  You will find me ahead.” And she left her alone sitting in the mango tree in the forest.  A little while later, an animal was passing by.  He  saw  leaves falling down and looked up and saw the little girl sitting in the tree. The animal asked her, “What are you doing there?”

“I was with my mother, but when I refused to give her any of the fruit I was picking, she felt annoyed with me and left,“ said the girl.

“Come down, and let’s go on together,” the animal said, and when she climbed down from the tree, he quickly put her into a bag he was carrying.  He went on his way, searching for food.

Along the way he saw some farmers working in a garden and asked them for food to eat.  The farmers said, “Gladly, but first you must sing for us.”

“Only that?” asked the animal, and the farmers said yes.  So the animal shook the bag and told the little girl inside to sing.  She sang well and farmers gave the animal food. The animal didn’t share the food with the little girl, but continued on his way, always looking for more food.  Then he reached another group of farmers and asked them for food, too, and they also asked the animal to sing for them. Again he shook the bag for the girl to sing and the girl started singing.  But one of the farmers heard the voice and it sounded like her daughter, whom she had last seen sitting in a mango tree in the forest.  She told the animal, “You sing well.  If you repeat the song again, we will give you more food.”

So he shook the bag and the girl sang again and this time the mother recognized her voice.  So she told the animal, “We are going to give you a lot of food if you can first go and bring us water from the nearby dam.  The animal agreed and she gave him a leaking pot to fetch water in, so that as he started fetching the water, he couldn’t fill the pot because of the holes in it.  She did this to delay the animal at the dam and give her time to rescue her daughter from the bag and put stones inside.

The animal was annoyed and went back to tell the farmers that the pot leaked. And the farmers apologized, saying they would still give him the extra food.

So the animal was satisfied and went on his way.  But when he arrived at the market, where he had planned to sell the little girl, he cried when he opened the bag to find that the child had disappeared and he was only carrying stones.

LESSONS SHARED BY THE CHILDREN: